Wendy is a special girl, with special needs. Because Wendy is autistic, and has to live according certain rules, because without them all her certainty will collapse and she’ll start panicking, like everyone living with his condition. She lives in an assisted facility, where her friend Scottie takes good care of her, helping her making progress and try and live a normal life, as normal as her life can be. She’d like to go to live with her sister, his husband and her newborn baby, because she wants to be an aunt, and cuddle her little niece, Ruby. Like most people in her condition, she also has special abilities: she’s a really talented writer, and she is also an hardcore Star Trek fan. So when her sister decide to sell their mother’s house and go to live away with her family, leaving Wendy in the facility house, she masters a plan to keep this from happening: she’s going to write a star trek script for a national contest, whose final prize is 100.000 $, and with that money she can be independent from her sister’s money and choose the life she wants to live. So when everything seems to go wrong, she decides to do something almost impossible for her: she’s going to bring her script to Paramount Pictures in LA, embarking in a adventurous and potentially dangerous journey from San Francisco, where she lives, to Los Angeles.

Please Stand By is the kind of movie that has the ability to capture exactly what it means to be a Star Trek fans, and also what it means to fight to find your true self, and to gain independence and self-confidence: in a few word, to grow up and become an adult. And like every good Trek story,  is told from an alien point of view, the alien being in this case a young girl born with a condition that force her to watch us, the so-called “normal” people from a distant point of view. Or even better, she can’t even watch us in the eye, which often is the way for us human to understand if someone is lying to us, or deceveing us, or to understand his true feeling for us. Because her condition prevent her to do it, unless she’s forced to, like the exercise of a “three seconds eye contact” that every day has to do with her carer  to keep contact with the rest of the world, and trying and espress her feelings the way we are used to do. 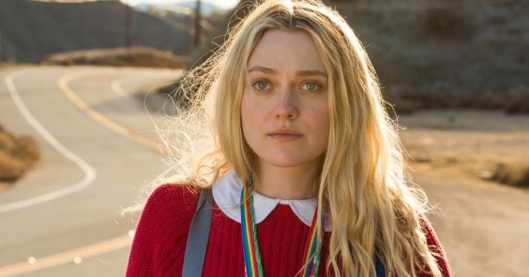 Kudos to Dakota Fanning, that with the role of Wendy is able to convey fear, love, passion and friendship without ever, and I say ever, watching in the eye her fellow actor  and actress. And in doing so, she’s able to avoid (almost) all the clichè about autistic people in the movie, and in a natural and simple manner. I sincerely hope that her remarkable performance won’t go unnoticed by the Academy, even if this movie is a little independent one, because she deserves all the awards she can, and should, get. That said by a person like me,  which usually tend to avoid this kind of movie, because I think that often they’re merely an exercise in emotional blackmail, in which you feel bad if you’re not moved by them.

And kudos also to the marvelous Toni Collette, whose talent as an actress is too often underrated, and that I learned to love and appreciate in movie like Little Miss Sunshine, About a Boy, Connie e Carla (which is a wonderful LGBT manifesto), or in a series like The United States of Tara, written by Diablo Cody, and it’s not a coincidence that I’m speaking again of her, because as is written in my blog’s page “I pensieri del Micio” (The Cat’s Thoughts)  , There’s no such thing as coincidence.

And kudos obviously to the one and only Patton Oswalt, who worked with Diablo Cody (her again) in Young Adult, and that I’d like sincerely to meet after his  wonderful roles in two of my favorite tv series, Justified  and Marvel’s Agents Of Shield, for his ability to convey a deep humanity in every roles and characters he’s playing.  I won’t talk about his role in this particular movie, because, as a trekker and as a human being, when it happens is maybe the most heartwarming and moving sequence in a movie full of moving and heartwarming  sequence.
And I cannot think of a better end for my review of this truly wonderful (but not perfect) movie than a phrase that I pridely pronounced at my wedding, and that for me, me wife and all the trekkers in the world resonates like a prayer for all human kind: 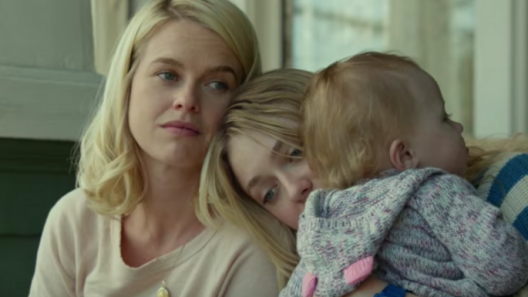