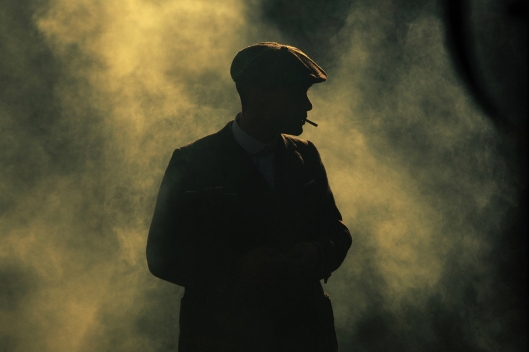 The brummie gang of the Shelby’s are back for the third season of BBC2’s period crime drama Peaky Blinders in a few days, starting next Tuersday. Starring Cillian Murphy as Tommy Shelby, boss of the gang, Helen McCrory as his charismatic aunt Polly and Sam Neill as the irish inspector determined to destroy the gang and his leader. In the last season there’s been a special guest star like Tom Hardy, great british actor who starred in movie as Mad max:Fury Road, Locke and The Dark Knight rises, and he’ll be back this season, reprising his role of Alfie Solomons, leader of a jewish gang. Also  starring this year Paddy Considine, recently seen in The World’s End and Pride, in the role of a corrupted priest.

Here’s a teaser trailer for season three and the last scene of season two: 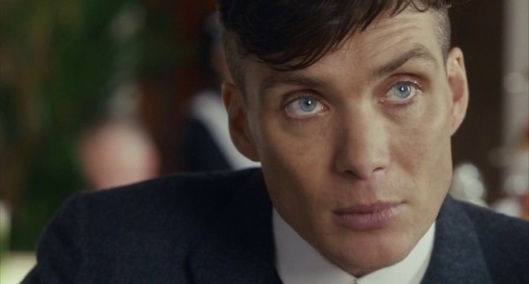 You know, Mr Churchill was impressed…

… and if you want a sneak peek of tonight’s appereance of Charlotte Riley, Tom Hardy’s wife in real life, you can find it here at Digital Spy’s Video section.

A sneak peek from the second episode of the second season of Peaky Blinders, following the epic season opener of the last week, with the first appearance of Tom Hardy‘s character, Alfie Solomons. Meet him tonight, on BBC2, at 21.

Just to remind you that tonight on BBC two will start the second season of the period gangster-drama series Peaky Blinders, set in the roaring twenties in Birmingham and based on the same-name historical gang. This time Tommy Shelby, the main character interpreted by the brilliant Cillian Murphy (which is now also on stage in London West End with the play BallyTurk) , ruthless AND romantic leader of the Blinders,  intend to expand his business to London. In this interview/preview is with Helen Mc Crory, which in the series is Polly Shelby, aunt and right-hand man of Tommy in the gang, who has just ended playing a terrific Medea at the National Theatre in London, a role for which she received great appreciation from everyone

Cillian Murphy, Annabelle Wallis, Helen McCrory, and the new entry TOM HARDY will be back THIS Tuersday at 9 on BBC Two  for a brand new season of Peaky Blinders, one of the greatest  surprises of UK TV  and one of the best series of last year. 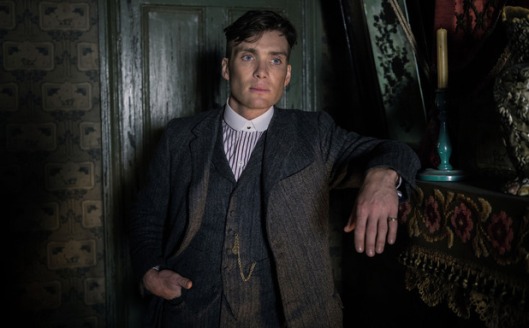